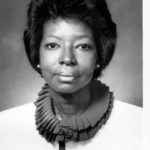 Mamie Earl Sells was committed to young people, promoting programs that encouraged them to expand and improve their personal lives and career opportunities. This scholarship is dedicated to her memory, honoring her loyalty and service to the community through her volunteer work in the arts, education, racial justice programs and social services. Personally dedicated to the YWCA during the last decade of her life, Mamie played a leadership role in developing the Career Women of Achievement event and served as board member, vice president of membership and overall friend to the YWCA.

This scholarship award honors Mamie’s philosophy that we must “lift as we climb,” meaning that we must act as role models and mentors to the young women of today and tomorrow.

The YWCA Mamie Earl Sells Scholarship was established in 1993 to provide financial assistance and support to an outstanding Black female Greater Cincinnati high school senior entering a post-secondary institution. The scholarship is offered annually in conjunction with the YWCA Career Women of Achievement. A committee evaluates and updates the scholarship application, assists in its distribution and promotion, and selects 10 finalists, who include two runners-up and one winner. Evaluation criteria include academic record, personal challenges and hardships, ACT and/or SAT scores (optional), letters of recommendation, class rank, honors and awards, involvement in extra-curricular activities and community service, and employment history. Applicants are required to write two brief essays, one describing their greatest challenge and how it has affected them, and one explaining what Mamie Earl Sells’ philosophy, “Lift as we climb,” means to them.

This year’s scholar was recognized during the Career Women of Achievement broadcast on May 26th, via WCPO 9. 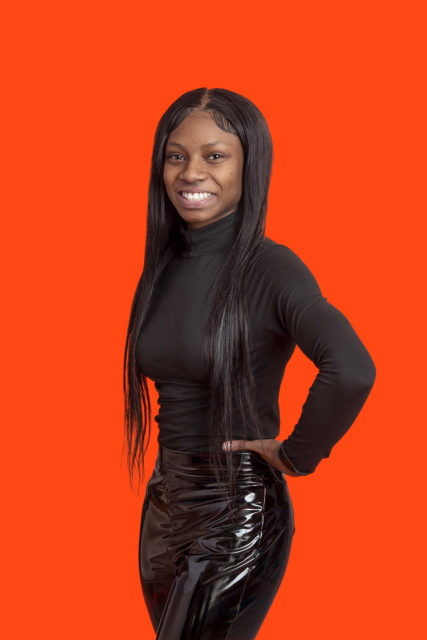 Like Ms. Sells, Tyasia lifts others up as she serves her school and community despite experiencing housing insecurity. A student at Hughes STEM High School, Tyasia maintains a 4.38 GPA while active on campus and volunteering in the Cincinnati Police Cadet Program and working 21 hours a week at Auntie Anne’s. She organized a school fundraiser to profit the Susan G. Koman Foundation and is a member of National Honor Society, the cheerleading squad, dance team and track and cross country team. Tyasia also holds office in student government.

Tyasia says, “Being an African American young woman going into STEM, I will need the support of others as I offer that same support. It reminds me of the movie Hidden Figures where the women faced very real hardships. Just like those ground-breaking women leaders, I vow to work with and lift others as I climb to accomplish my goals and achieve individual and team success. I stand on the shoulders of many women who are ‘hidden figures.’”

See where all of our Scholarship Winners attended High School and were accepted into College.